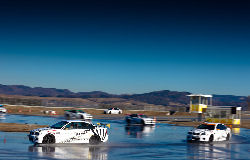 “Three days ago 18 drivers came together, not really knowing each other. Today they won and lost together, they’ve become a team. All 18 leave Austria more aware of themselves, of their environment as well of the FIA Foundation’s safety work on the road and the FIA Institute’s work on the track. But for the successful drivers, this is just the beginning.”

All drivers headed to the track on the final day of the FIA Institute Young Driver Excellence Academy Selection Event.Performance managers Alex Wurz and Robert Reid were quick to point out that today’s racing, while the pinnacle of the competitive element of the shoot-out, would only represent a small part of their assessment of the drivers which has been ongoing through a series of tests over the last three days.

Yet the competitors were very much nervous and excited as they headed to the Wachau Ring in Melk, Austria this morning. The itinerary was straightforward with practice and qualifying followed by a pursuit-style, knockout competition.

The drivers were led out in pairs for three practice laps in the BMW M3s. Having run on slicks yesterday, the cars were fitted with soft-compound and heavily treaded winter tyres for race day, offering another curve ball for the 18 hopefuls to deal with.Lots were drawn for the qualifying, with Swede Timmy Hansen first out. The relief was obvious as the 18-year-old stepped from the M3. It didn’t last long: nothing keeps the heart rate up like competition.

Qualifying was a one-shot: out lap, flying start and in. The slowest two were out, leaving 16 drivers to compete in the afternoon’s final shoot-out. 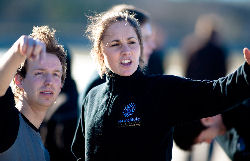 In the final, the fastest qualifier was pitched against the ninth quickest; second fastest versus tenth down to eighth versus 16th. Starting at opposite sides of the circuit, the two drivers were counted down and set off on a three-lap pursuit. From then on the competition was pure and simple: the winner went on, the loser went out. This brought a final shoot-out between Philipp Eng (20, Austria) and Stoffel Vandoorne (18, Belgium). Vandoorne won the last race of the shoot-out.Armed with the data, the analysis and the results from three days, the judges – Robert Reid, Alex Wurz, FIA Institute Director General Richard Woods and FIA Institute Director of Programmes Quentin Crombie – began the process of deciding on the successful drivers.

The successful participants in the inaugural FIA Institute Young Driver Excellence Academy will be announced shortly.

“Suddenly choosing from the 18 looks quite daunting. For three days, I’ve been thinking: ‘Yes, driver A is there, he’s got it,’ but then driver B comes along and edges him in another discipline. Okay, there are some drivers who have excelled here, but picking the final list is really tough. The one thing you can absolutely say is that we had the right 18, these guys have been fantastic. This has been the perfect start for the FIA Institute Young Driver Excellence Academy. Once we’ve got the final list, it’s going to be a great season.”

“It was really interesting to see how the drivers dealt with the final day. Starting with practice, some of the guys hung back a little bit to find their lines, while others immediately closed up on the guy ahead to get in his mirrors. For me, this was free practice, the time to prepare yourself for qualifying when you will be alone on the track. Qualifying was big pressure with one lap and then the races were fantastic. This was an incredible end to what has been a fascinating three days.”

The FIA Institute interviewed three drivers after the final day. 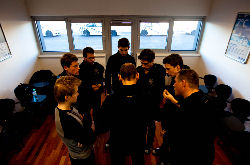 Q: How have the last two days helped you prepare for the competition?

Hamad Ahmed Al Fardan (HAF): It’s been really helpful. Having the instruction and the practice in the car was great. The physical training was very good as well. But all I can do is my best and this is what I’m doing in the competition.

Alon Day (AD): We made a lot of driver training and for sure this has helped a lot. Driving the track has helped as well, we’ve learned the lines through there. Today the car is on different tyres (winter tyres instead of slicks yesterday), but that doesn’t matter so much because of the contact we have with the car.

Andreas Mikkelsen (AM): Yesterday was really good, it was all about the dry track and the racing lines, this helped me a lot for today. The day before was about the wet track and doing the skids. The feeling is getting better and better with the car and the more time I spend in the car, the better.

Q: How has today compared with an average race or rally day for you?

HAF: It’s different. If you lose here, you don’t lose anything because this is only a part of the whole points total. But, if you lose in the race, this can cost you the championship. Just to be here is really good for me, win or lose I feel good to be here. But I’m a sportsman, I have to accept that I could lose.

AD: Actually, to be honest I feel the same like at an F3 race. For a driver it’s fun and everything, but the race is the race and we all want to win. I’ve got the same feeling of excitement that I always get from a race day.

AM: I’m probably more nervous in the rally. In the rally, you don’t know what’s coming, you don’t know the roads, but here we know what is going to happen, we know the corners and it’s just a case of fine-tuning it. In general the feeling is the same, of course this is the competition, but in one way I don’t see it that way; I’ve made a lot of friends here and now I’m just having a blast.

Q: What’s the biggest thing you have learned from the selection event for the FIA Institute Young Driver Excellence Academy?

HAF: I learnt a lot. I learnt how to be really smooth with the driving. I learnt plenty in the training and just to be here is good. Maybe, for me, the most important thing is the new friends I have made – that’s really good.

AD: Getting more information about myself, my fitness, knowing where I am in all of the skills and how I can go forward from here. Also, making new friends. I know more about myself now and how to work as a team. Actually, in racing, in F3 for example, everybody is the enemy, but here it’s different – these guys from rally are good friends now. I have good respect for them and for the other guys from other race series.

AM: Getting to learn how the race drivers do things and how they prepare for the races. It’s not too different from the rally drivers, there’s more training on the track and the way they prepare mentally before a race: what they do and don’t think about before the start.

Following an exceptionally high level of performance demonstrated by all participants in the Selection Event, 12 drivers have been chosen for the first FIA Institute Young Driver Excellence Academy.

The 12 drivers are (in alphabetical order): 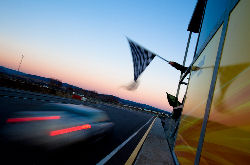 Over the next nine months, the drivers will attend six separate workshops of between three and five days at different locations in Europe. The driving elements of the course include the development of technical skills, safety training, attitudes and awareness. The human performance aspect will feature physiology, psychology, nutrition, media skills and career management.

“This selection event has been an incredible story for the FIA Institute. We started out with a process that was open to drivers across the world. After an exceptional response from the ASNs, we chose 18 drivers who arrived here in Austria on Saturday. From those 18 we have the 12 who will go forward for the season. 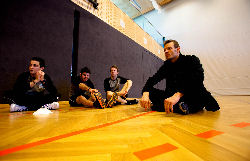